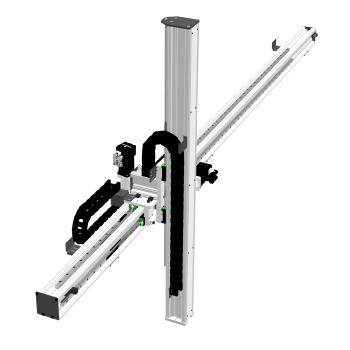 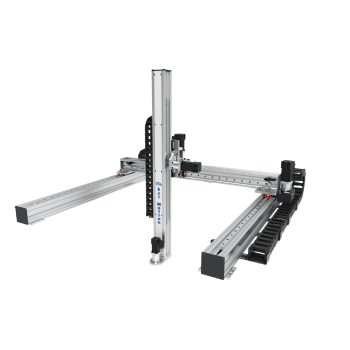 What is a gantry system?

A gantry system is essentially a framework that allows for movement within an X, Y, Z coordinate system.

A gantry system is a type of linear motion system that may be used for automated material transport and machine tool indexing. Gantries are typically composed of two horizontal members which move along vertical guide rails, perpendicular to their direction of travel, and support rollers or slides which follow the contour of the track.

How does a gantry system work?

Gantry systems are made up of two main components: the gantry crane itself (which is sometimes called a bridge or catenary), and the carriers that move along it.

Although each system is different, gantry cranes typically have two horizontal rails with one or more towers placed between them. The towers are positioned to hold up one end of the rail while allowing the other to drop down either at a steep angle or all the way to the ground. The rails and towers form a triangle with one tall side and two shorter ones that can be as short as just a few inches.

Ways in which carriers are attached to the gantry crane vary from system to system, but typically some sort of carriage is utilised. This carriage slides along the rail(s) of the gantry crane and is connected to a load, which can be either fixed or movable.

Gantry cranes are used in pairs most of the time, one on each side of whatever it is they're lifting. This makes them most effective when lifting heavy loads from one side rather than directly overhead, as this allows for more precise positioning with less potential for damage to the load.

What are the advantages of a cartesian robot?

Kyrus’ Gantries are heavy-duty, suitable for use in all industries, though we will work closely with you to ensure your gantry system meets all your requirements.

We offer multi-axis gantries - up to a complete six axes - which can be easily integrated into existing systems. A seventh axis is also available with our range of linear tracks.

A lead time of 6-8 weeks is to be expected for gantry systems, which can be shipped globally in modular form. 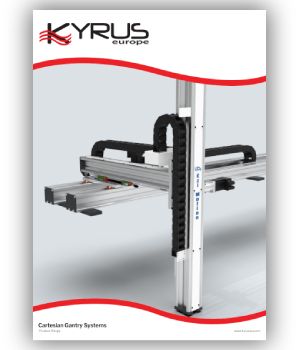 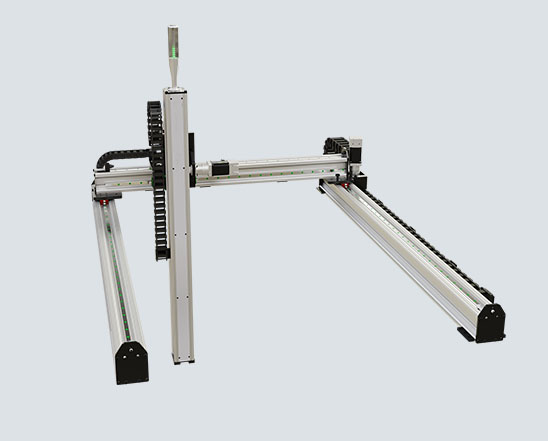 Kyrus’s range of cartesian gantry systems - EZi Motion - are flexible and varied in their configurations, meaning no matter your application, Kyrus can provide a cartesian gantry system to meet your needs.
Cartesian robots have a variety of applications, such as for pick and place, CNC machining, loading and unloading, 3D printing, pelletising and stacking. The EZi Motion range is able to carry payloads from 15kg to 250kg, suitable for a wide range of activities.

Cartesian systems should not be confused with gantry systems or XY tables. Though XY tables work on the same coordinates as a Cartesian system, their axes are not constructed in the same manner, for an XY table’s axes are typically centred on top of one another.

Kyrus’ EZi Motion cartesian gantry systems are driven for precision, whilst not compromising on speed or load bearing capacity, resulting in a versatile and able system you can trust.

Kyrus has provided pioneering automation solutions to a range of sectors, including, but not limited to:

Let our EZi Motion cartesian gantry systems take the weight of your workload.