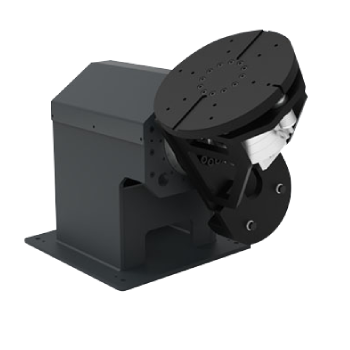 What are robotic positioners?

A robotic positioner is a type of auxiliary axis - this is something which can be externally attached to a robot in order to extend its range of motion, for instance, to move and place objects with precision. Though they are attached to a robot, they can work independently of the robot, and have their own axes for mobility.

The purpose of a robotic positioner is to provide an 'end-of-arm' positioning system for robotic arm systems. They are typically used for when parts or tools need to be exchanged or put into place with speed and accuracy.
Robotic positioners are commonly manufactured with the ability to be attached and removed from a robot quickly and easily, allowing for flexibility when it comes to changing tasks.

How many types of positioners are there?

There are several types of positioners used according to application and need.

The first type is called a turntable. It can rotate or tilt around its vertical axis and it has multiple degrees of freedom (DoF). Depending on the size of the turntable, it can have 3-5 axes: one for rotating and four more axes for tilting.

A ferris wheel is similar to the turntable as it moves around its vertical axis. It can be used as an alternative if you want to move your robotics arm around an area rather than having the arm moving by itself.

If you want a robot to do a specific task a single-axis positioner would benefit the most.

A single-axis robot is able to move in just one direction; this type of robotic positioner is used when positioning something in a specific way, such as painting or welding.

A headstock and tailstock are often made up of two synchronised single-axis positioners, positioned at two ends of the workpiece in order to hold larger workpieces.

Multi-axis robots are more versatile since they have multiple degrees of freedom and will move in three dimensions. A good example is a welding operation where the arm of the robot moves all around its working area.

Where are positioners used?

Positioners are used in most, if not all, manufacturing processes in some way, shape or form. They are reliable, consistent, and speedy, suitable for positioning or readjusting parts in large operations. Some applications of positions include painting and machining; the most common application, however, is welding. 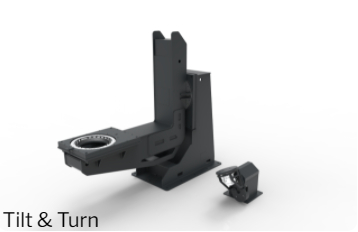 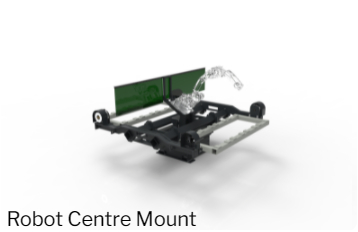 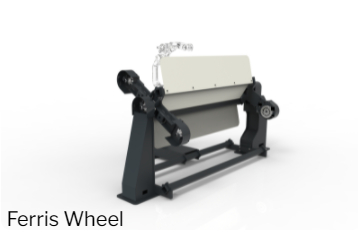 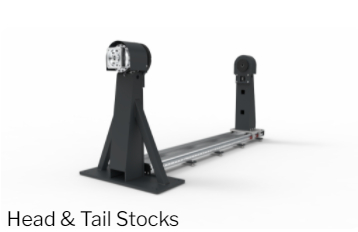 Kyrus has provided innovative automation solutions to range of sectors, including, but not limited to: 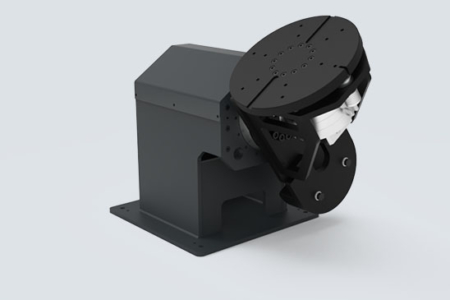 Robotic positioners securely extend the range of motion, or degrees of freedom (DoF) of your robot. However, this is not the only advantage of robotic positioners. Some positioners can hold more than one workpiece - so with the correct alignment and synchronisation, multiple operations can be performed by one positioner. Positioners may be a more economic alternative to extending the work envelope of your robot than having to invest in multiple robots or a bigger one; moreover, when initially looking at what robot your operation needs, it may be cheaper to buy a smaller robot and increase its capabilities with an auxiliary axis than buying a larger robot.
This can also take up less floor space than having several active, or large, robots, or different types of auxiliary axes that require benches, which may be beneficial for smaller factories or for reducing the hazards within your factory.

Kyrus’ robotic positioners and manipulators are substantial and made to the highest quality, and can be safely used in a variety of activities.

Kyrus works in close collaboration with our clients to create innovative solutions to your automation problems. We offer differing levels of support depending on your needs. Our positioners are available for worldwide shipping and have an expected lead time of 12-14 weeks.